Last year we took inspiration from Film Noir for our Valentine's Lookbook. This year we're inspired by film director Dorothy Arzner ('87-'79): the only US female film director during the golden age of Hollywood (although women worked in film during the silent era, Dorothy was the only one to make it to the talkies).

Our Valentine's collection is full of strong black looks creating smooth silhouettes, with just a pop of colour to break up the monochrome. 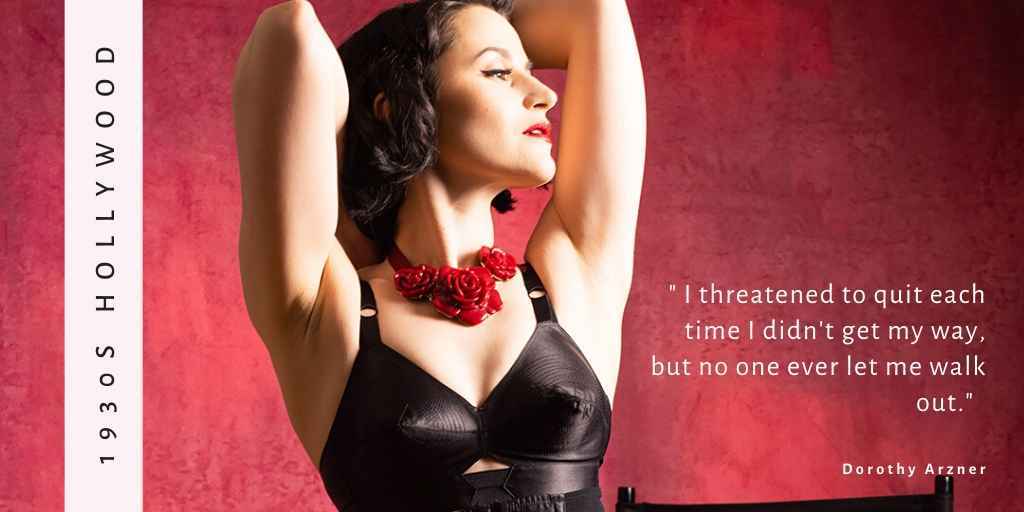