Anyone who has a continuous smile on his face conceals a toughness that is almost frightening. – Greta Garbot

Greta certainly had that right and although we tried to keep a smile on our faces whilst working on her namesake lingerie set it sometimes just wasn’t possible.

If you're new to retro style hosiery, or hosiery of any kind, then the terminology can be confusing - but help is at hand!

Check out our guide to hosiery and all will be revealed. 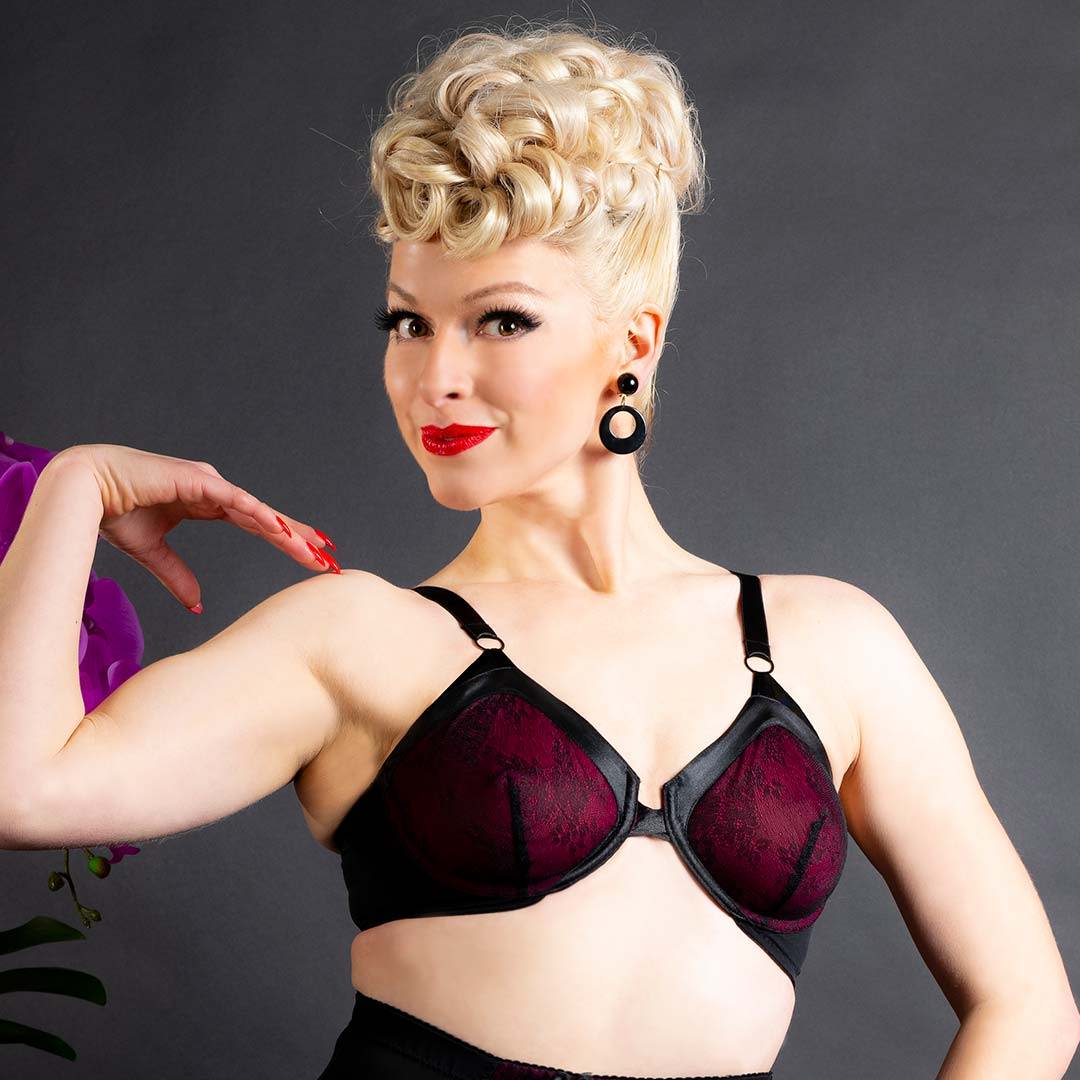 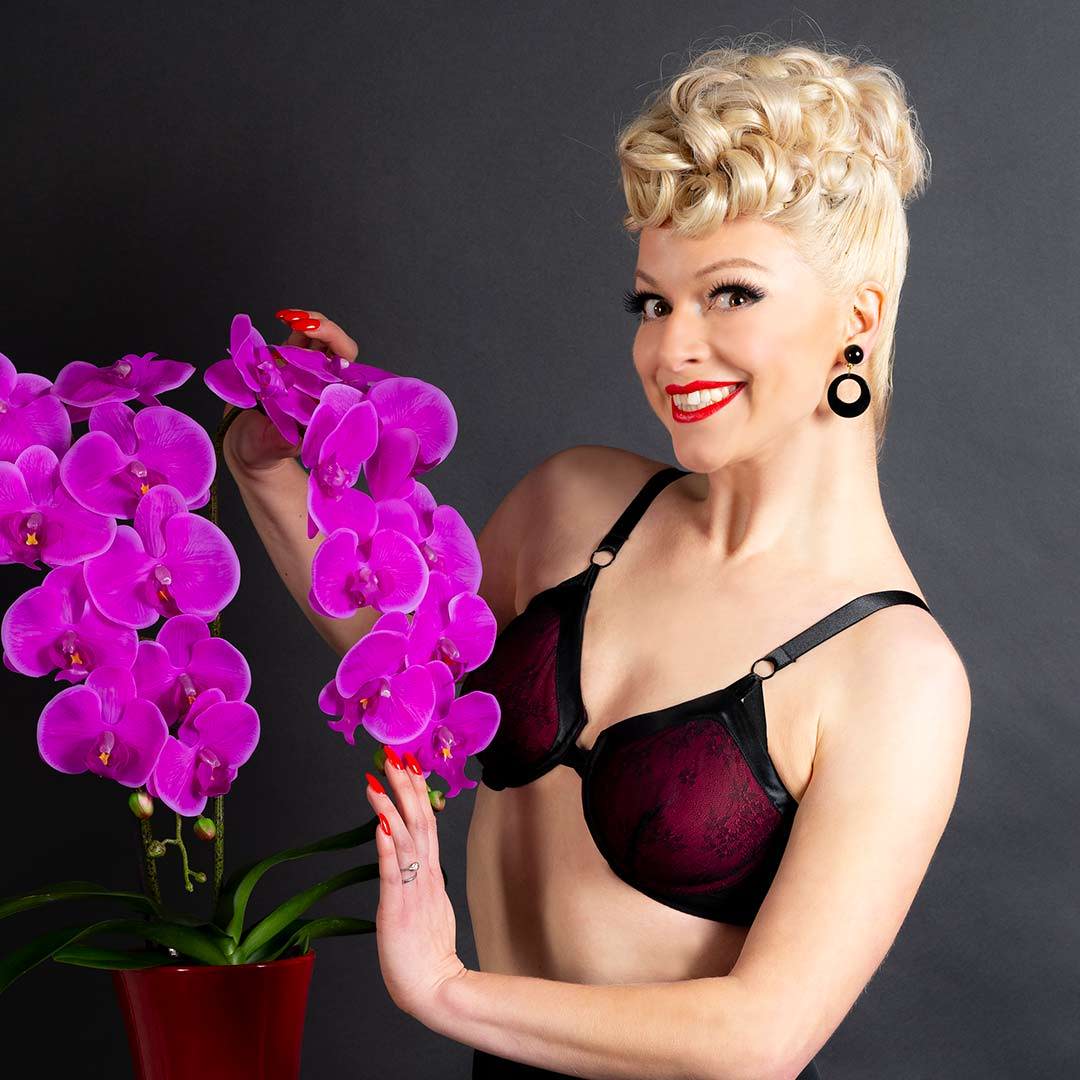 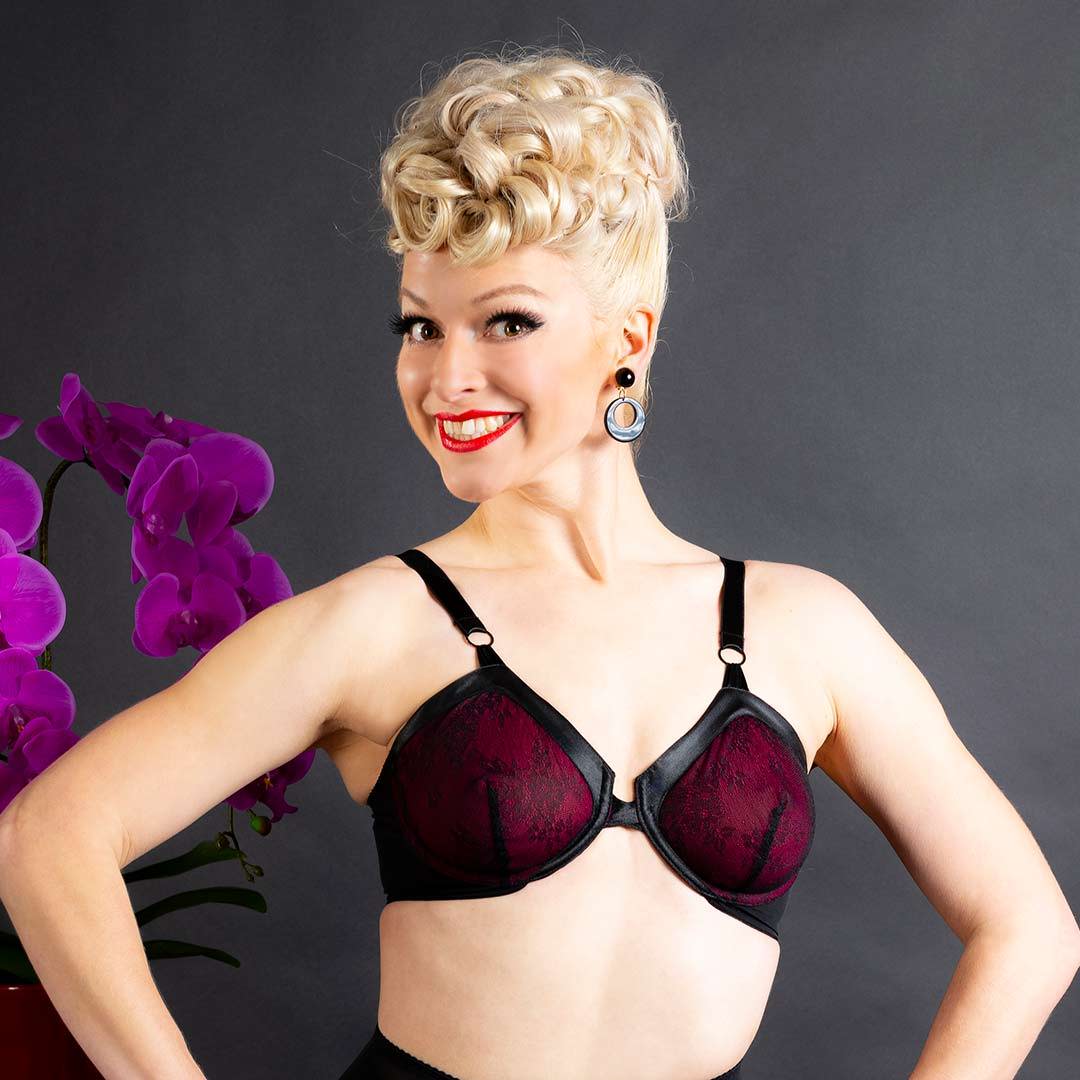 Our Greta lingerie range was supposed to showcase our new X bra: a new bra style for us incorporating a one piece bra cup inspired by a combination of both monowire bras of the 1950s and one piece cup designs which were also very popular during that decade.

Was we often find when trying to recreate pieces from the past, fit is often an issue. In the 1950s bras had only been made for a few decades and both the construction and fit were still in their infancies. It wasn’t until the corset went out of fashion (largely down the the components being unavailable during the Great War and women taking a more active role

during that time) that bras became popular and it wasn’t until the early 1930s that cup sizes appeared with band sizes following a few years later.

Many early underwired bra cups were of a one piece construction, with the seam either going down from the nipple in the centre front of the cup, or placed at 45 or 90 degrees to the side. It’s such a simple design that there really is no margin at all for error, with the slightest difference in dart length or position changing the bra from a piece of lingerie someone in 2019 would love to wear, to something that a 1950s woman would find acceptable. 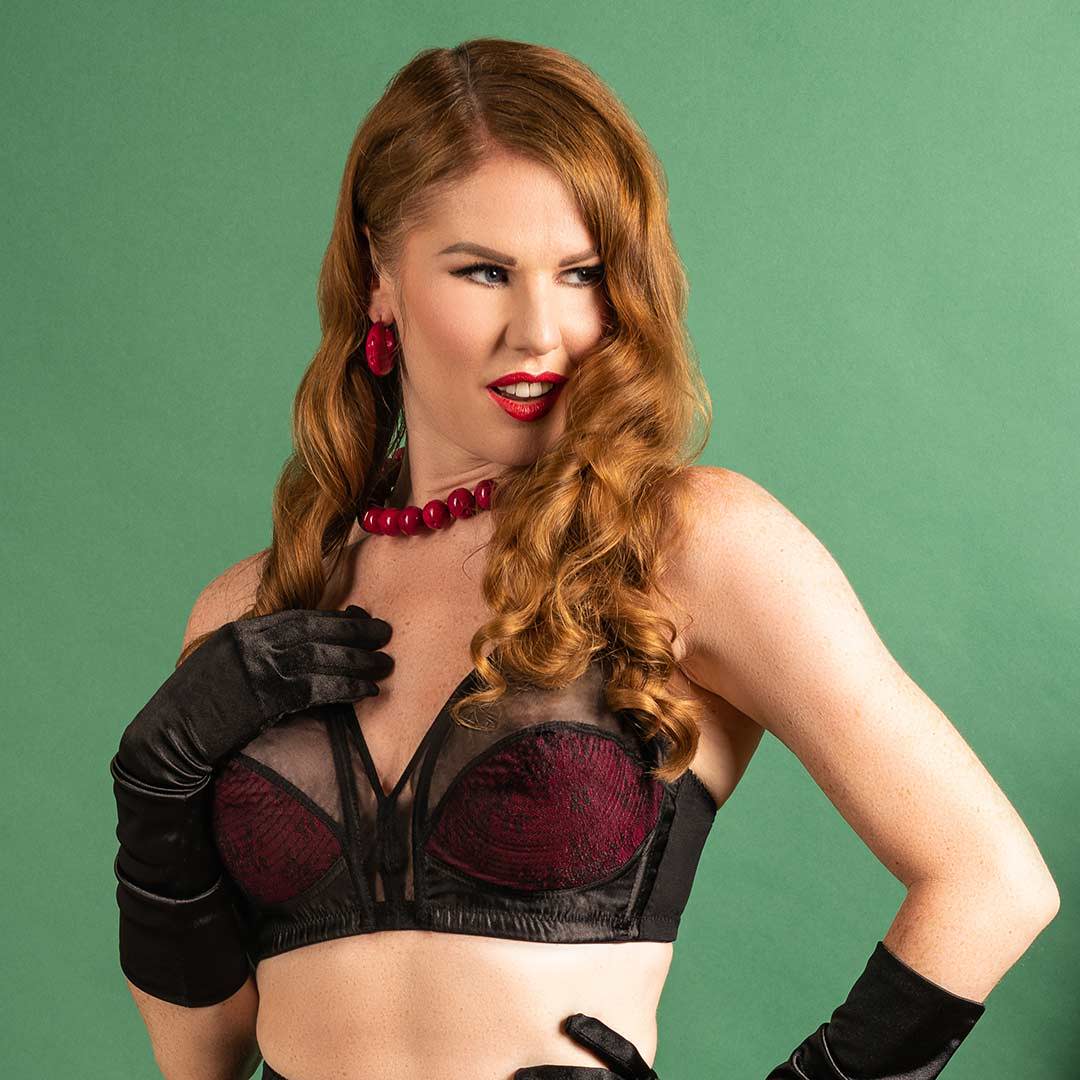 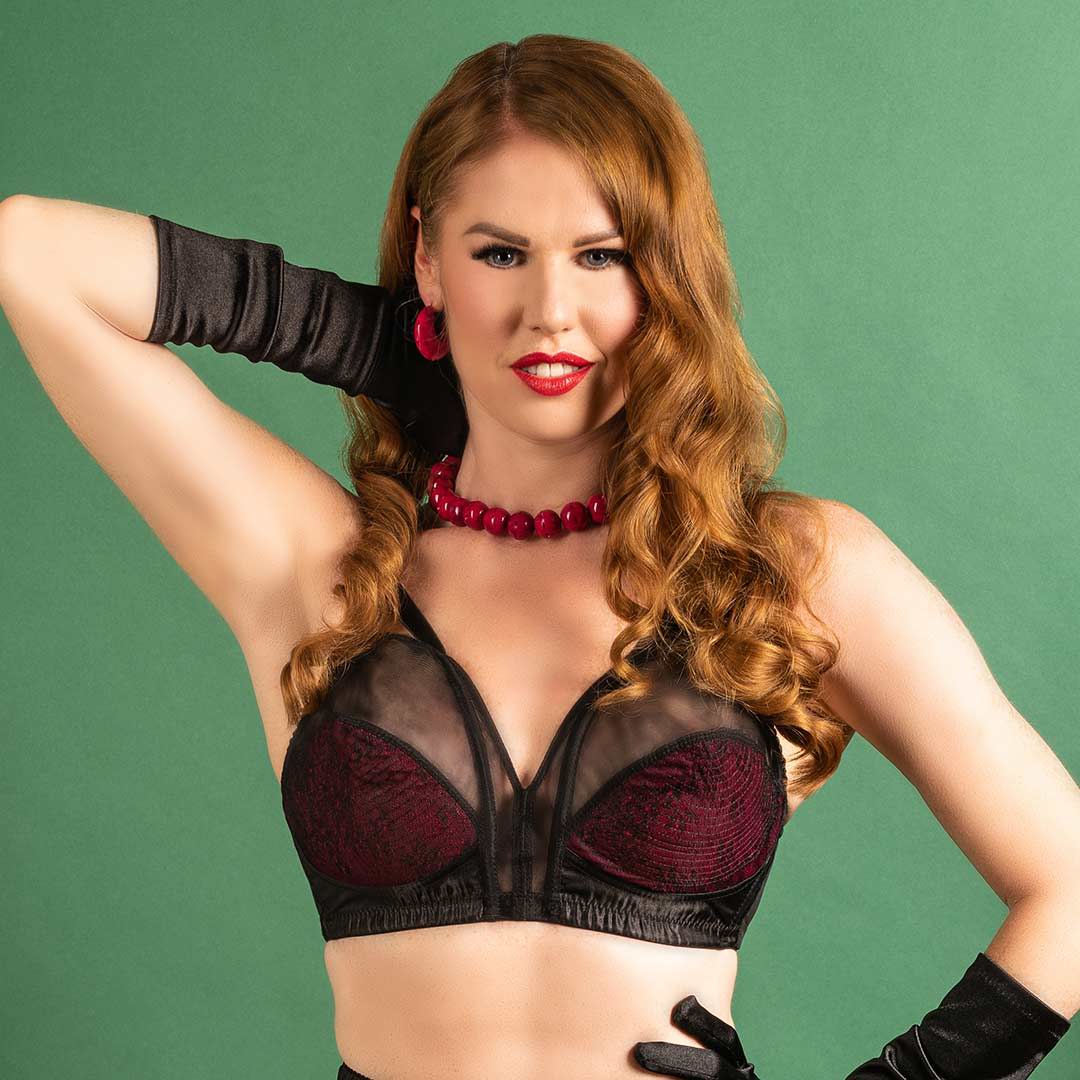 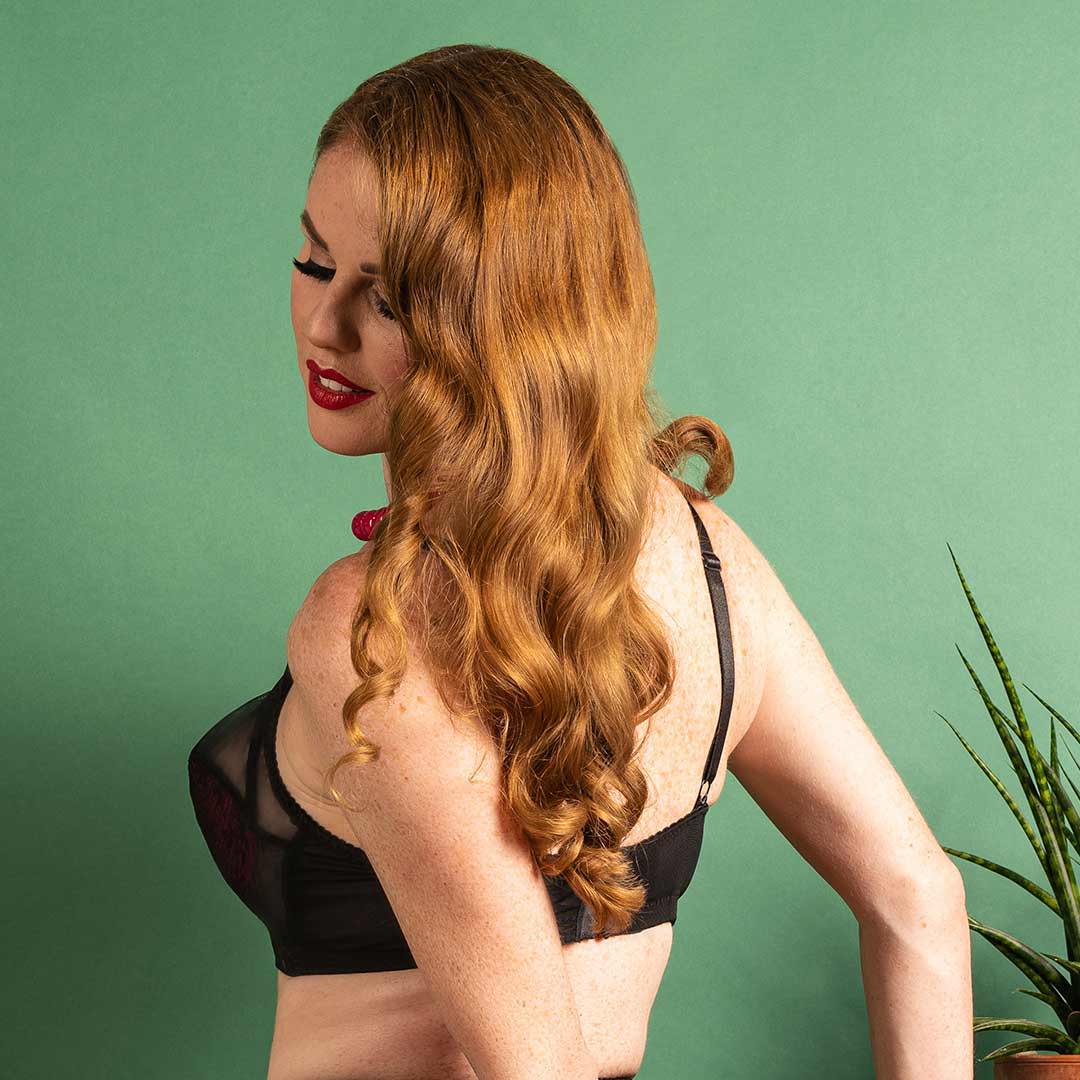 We tried to perfect the one piece cup over several months and I made a video while I was sampling in the factory in March which showed that the issues were a little more serious than I thought. Just when I thought we had cracked it, another challenge appeared. When I finally said the the factory that maybe we should just ditch it and make the set with a different bra style the sigh of relief was audible over the phoneline!

Unfortunately the bra drama didn’t end quite there.

Behind the scenes we’ve been working on a new Cathedral bra. Our current Cathedral bra is only available in a small size range as we weren’t happy with the fit for larger cup sizes. We started sampling in the Summer of 2018 and revisited it this Summer determined to make it work…. And finally we have! Greta remained true to herself right up until the end with the shipment going missing and while at time of writing, we’re still waiting for more bras to be delivered, she is here. Is she worth the wait? It’s over to you.

While at our factory earlier this year I made two videos about our new Greta (or X) Bra. The first was explaining that it needed a little tweak - the second followed a week after when I realised it needed a little more than a tweak: but at that time I did think that we had fixed it! Little did I know.

Our Youtube channel is updated weekly with new videos with product tips and info plus behind the scenes news. Follow our channel and you won't miss a thing.

Join our Facebook Social group where you can get to meet us and our fans and chat about all things lingerie and vintage related. You will need to accept our terms and conditions to be accepted!

0 Comments
The story behind What Katie Did's Liz Lingerie which is made in one of the few remaining lingerie factories in the UK.
Read More

The Corset: Buying A Corset From Wish

0 Comments
Are you new to corsets and want to know if splashing the cash really makes a difference when it comes to quality? Check out this Wish Corset review.
Read More