Did Green Seamed Stockings Exist in the 1950s?

Did they or did they not have green seamed stockings in the 1950s? It's a question we often have to answer and it's quite frustrating to see someone querying their period correctness on social media: what happened to sending a period correct letter?!

Since the Making of this Video...

Since making our video on green seams, we've had a couple of comments and discoveries from you which make for fascinating reading.

Anonymous says: 'A few girls in Cambridge MA,USA had green, navy, and pink seams! My mum's best friend worked in a factory that made stockings in adult and child sizes. For a joke they used thread intended to set heels and toes on little girl's socks to finish ladies stockings. It was enjoyed by some high school girls, but my mum's friend was sacked! After that they both worked for Fenton Shoe factory which appreciated playful designs'.

So there you have it, contrast green seams were made in the 1950s! The seam probably would have been sewn over an existing seam (the same way our champage/red Fully Fashioned Stockings are made) as that would have been the easiest way to do them in secret. 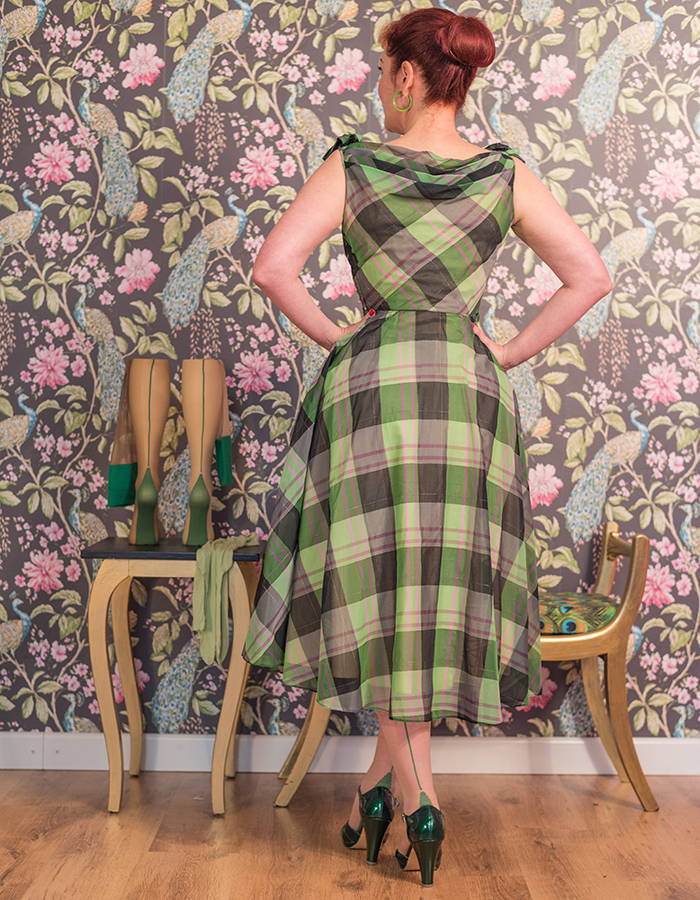 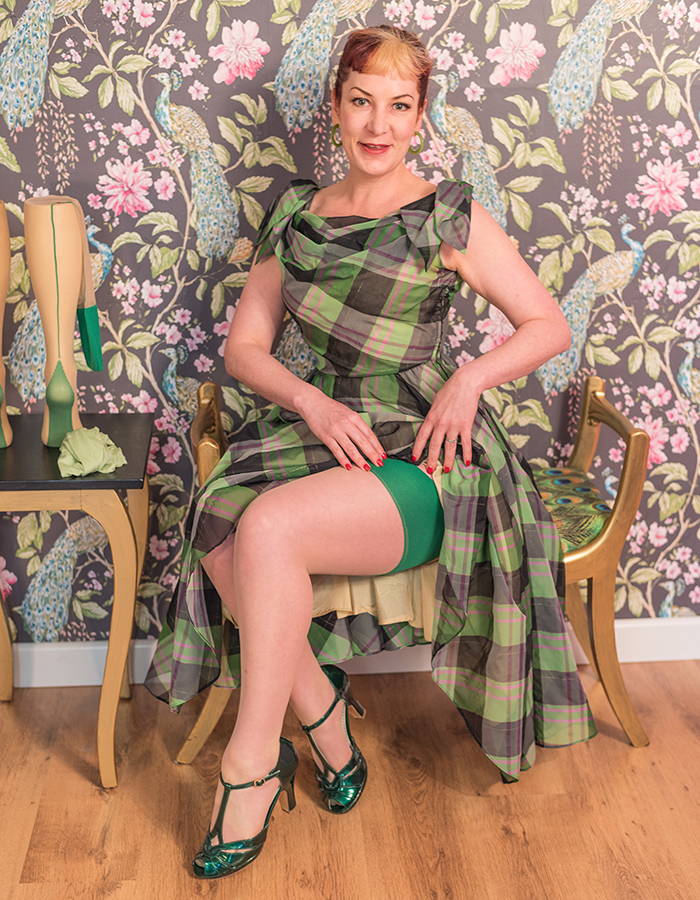 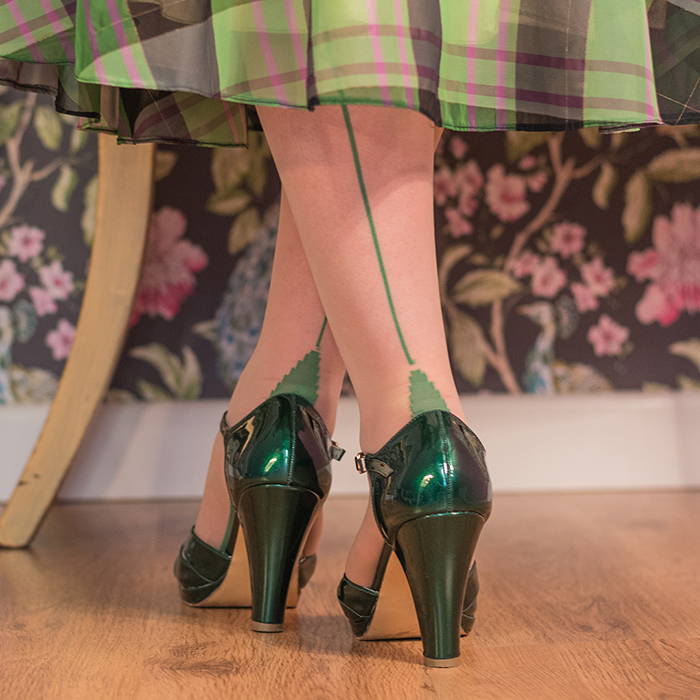 Phoebe Nyx alerted us to this this clip of Cyd Charisse wearing green-seamed fully fashioned stockings in 1952's An American in Paris. Look very closely and you can see a green Cuban heel. These would have been opera length hose. Before sheer tights were manufactured, performers used to wear full length stockings which covered their entire leg. Their costume would have suspender clips sewn into the knickers to give the illusion of tights. Note: there would have been seamed fishnet tights during this era as they were 'cut and sewn' as opposed to being knitted on a machine. 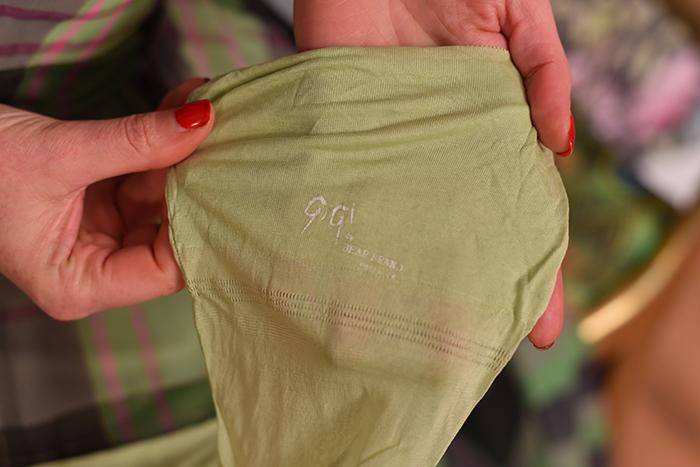 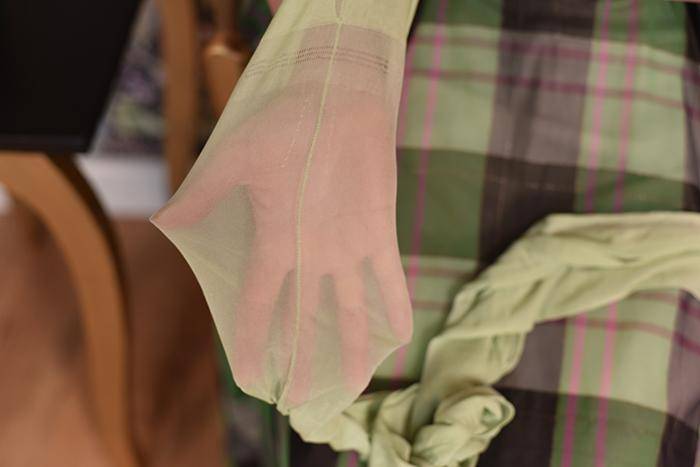 The welt imprint says Gigi by Bear Brand. Bear Brand was at one point the largest family owned hosiery manufacturer in the USA. And yes, the stories are true, they swapped to over to making parachutes in WWII: although there was no clothing rationing in the USA, stockings were still scarce as the factories concentrated on making more important things!

Note: welt imprints on vintage stockings are very brittle due to age and will either flake off during the first wear or certainly the first wash. Never buy vintage nylons just for the imprint, unless you are going to frame them.

Corsets: Do I need a Custom (Bespoke) Corset?

0 Comments
Corsets have come a long way in the last few years and commissioning a Custom Corset might not guarantee a better fit than ready-to-wear.
Read More